Well it has taken 2 months to ret the lime bark and enable me to remove the inner bark which will eventually be made into cordage. Most of the writings I've seen say that it takes 2 weeks to ret, however one scandinavian piece I remember reading said it took 8 weeks and this has turned out to be correct, whoever said they can do it in 2 weeks have either never actually done it and are just plagerising others or live in a much more arid place than I do.. 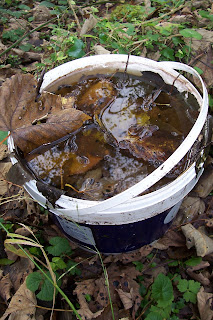 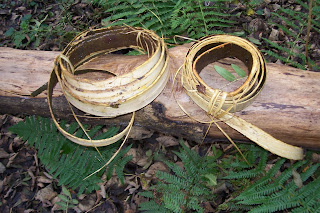 Out of the bucket, really smelly and ready to have the inner bark removed 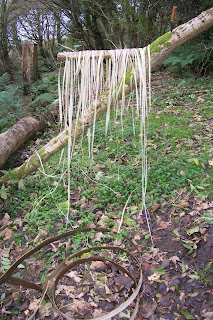 One coil of inner bark removed 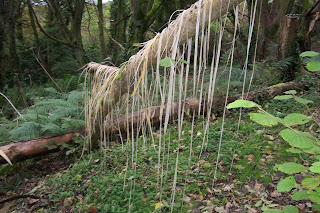 Two coils of inner bark removed and out to dry, (repeat for another 6 coils!!)
The bark is relatively good and although not all of an even thickness it was a good learning curve and has provided us with some raw materials for some small projects.﻿
Posted by Buzzard at 11:52