This is often used in Northern England in Dock pudding, even though it's not a dock leaf as we know it, it is in the higher classification of polygonaceae, though it certainly looks somewhat similar. 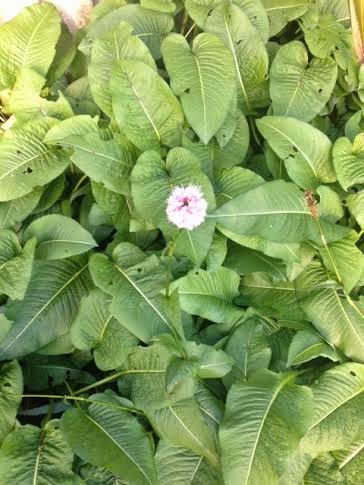 you can see that the mature leaves are similar to dock leaves though the very pronounced heart shape and the ribs enable it to be distinguished, 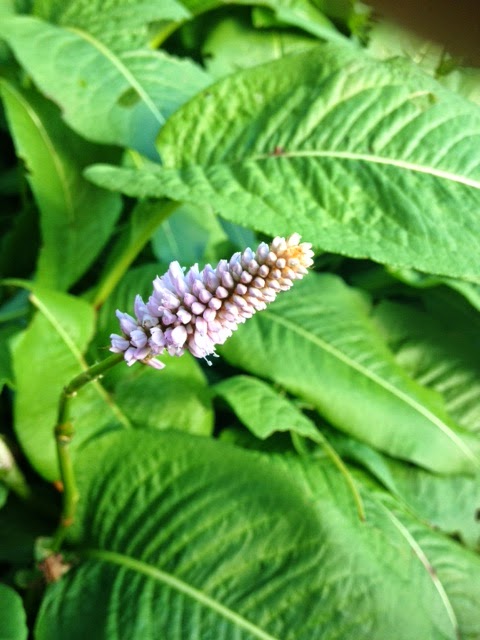 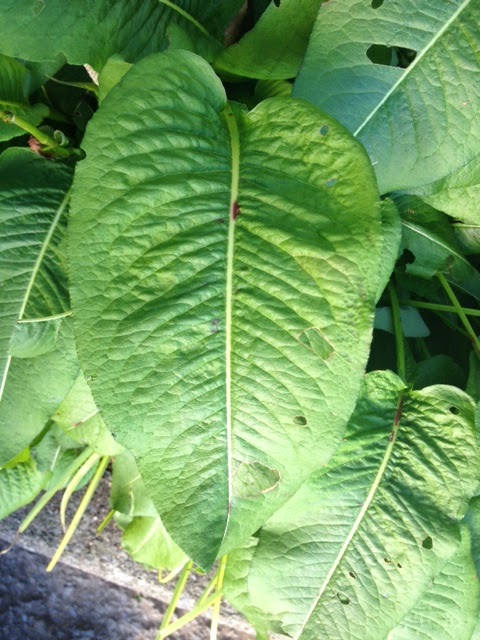 and the leaves... they are somewhat bitter at this stage though much more palatable when younger and narrower. They can be eaten raw but are better treated like spinach and cooked with a little butter, when I tried it I found the centre rib needed to be removed to make it easier to eat though this wouldn't be a problem when the plant is used when young.
Medicinally the root is a powerful astringent, and is used in the treatment of reducing inflammation in throat and mouth. It is also used in the treatment of diarrhoea and is an effective coagulant.
Posted by Buzzard at 03:57 No comments: 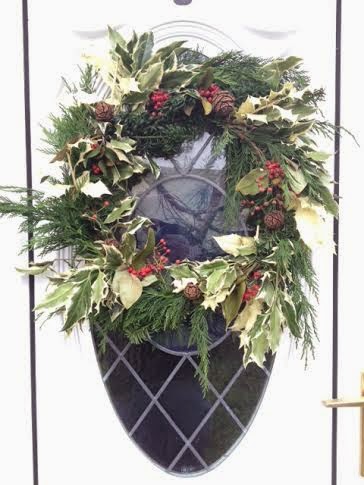 May old grudges be forgot and new bonds forged, and may peace and friendship find a way.
this years wreath was made from dogwood, yew, cyprus, holly, cotoneaster, wild rose and sequoiadendron.
Posted by Buzzard at 07:36 No comments:

It's Dave's newest book and I thought I'd give it a passing review. 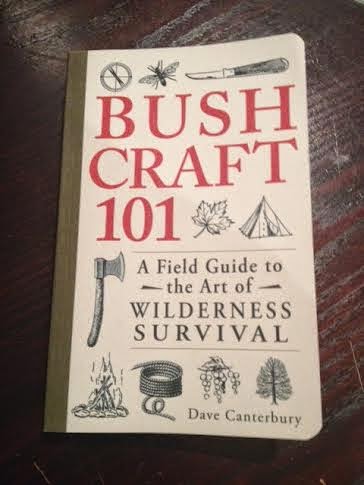 For those of you who have been watching Dave's videos for years you're not going to find much new material, it's a condensation of some of his knowledge confined into paper format.
It follows the standard format for a bushcraft or survival book, taking about tools, skills and basic common sense practise. It's an enjoyable read though for those of us who have been practising these skills for years it's unlikely you'll find anything new or remarkable inside. What it does do well though, is go over the fundamentals that we all take for granted and we really should revisit more often than we do. It's well led out, drawings are clear though basic and information is concisely portrayed. It would be a great book for beginners or preppers who might want to carry one in their B.O.B..
For the rest of us, it's good to see him put his knowledge into the printed word and it will occupy an important spot in your bushcraft library.
Posted by Buzzard at 07:01 No comments:

You may remember I posted a while back about the soles coming off my lowa's, I figured it was just bad luck so I bought another pair, brand new, the desert version and I've been wearing them for the past 8 months, well guess what 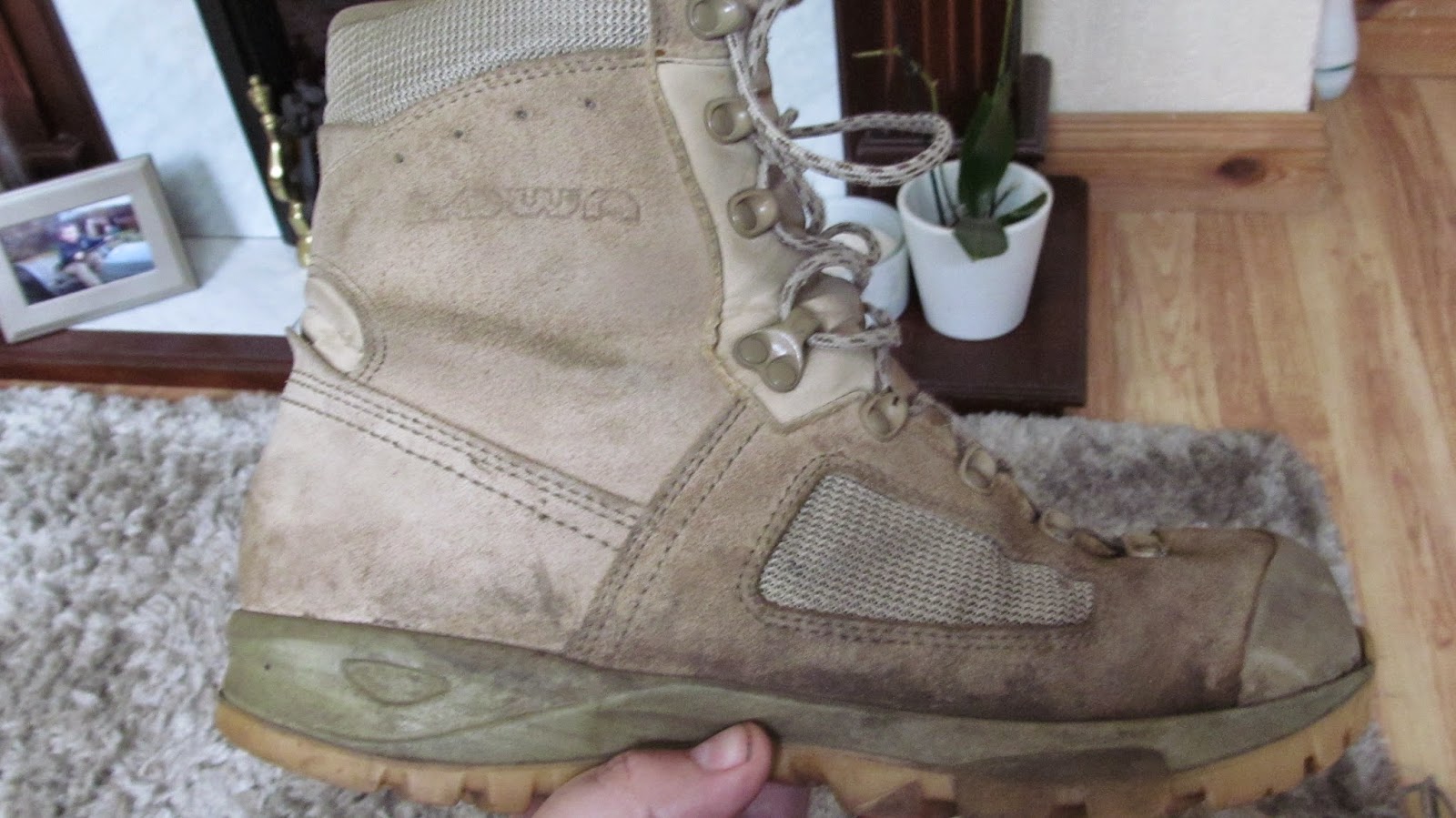 I don't think I'm particularly hard on my boots, as you can see the uppers are still in good condition 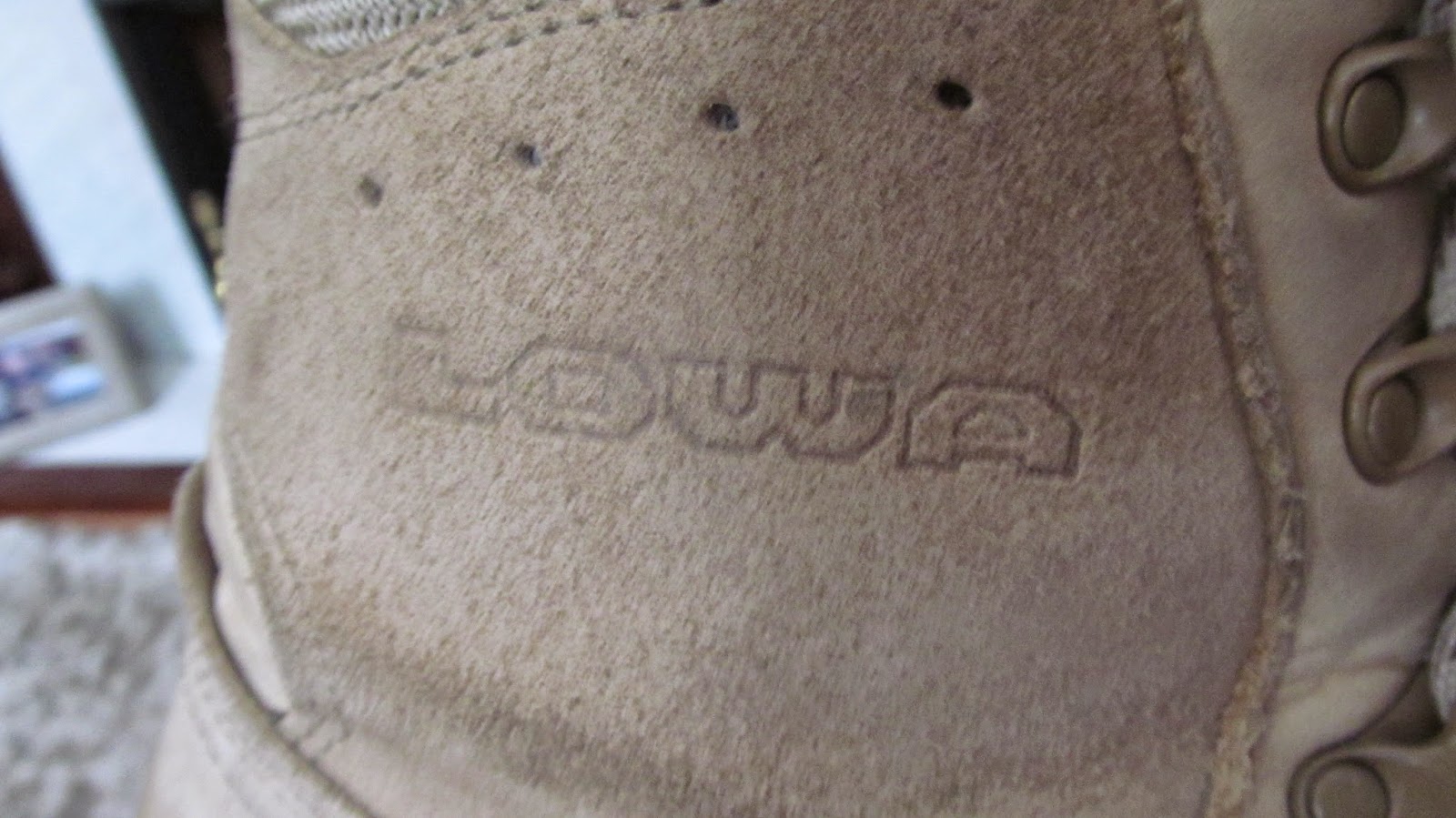 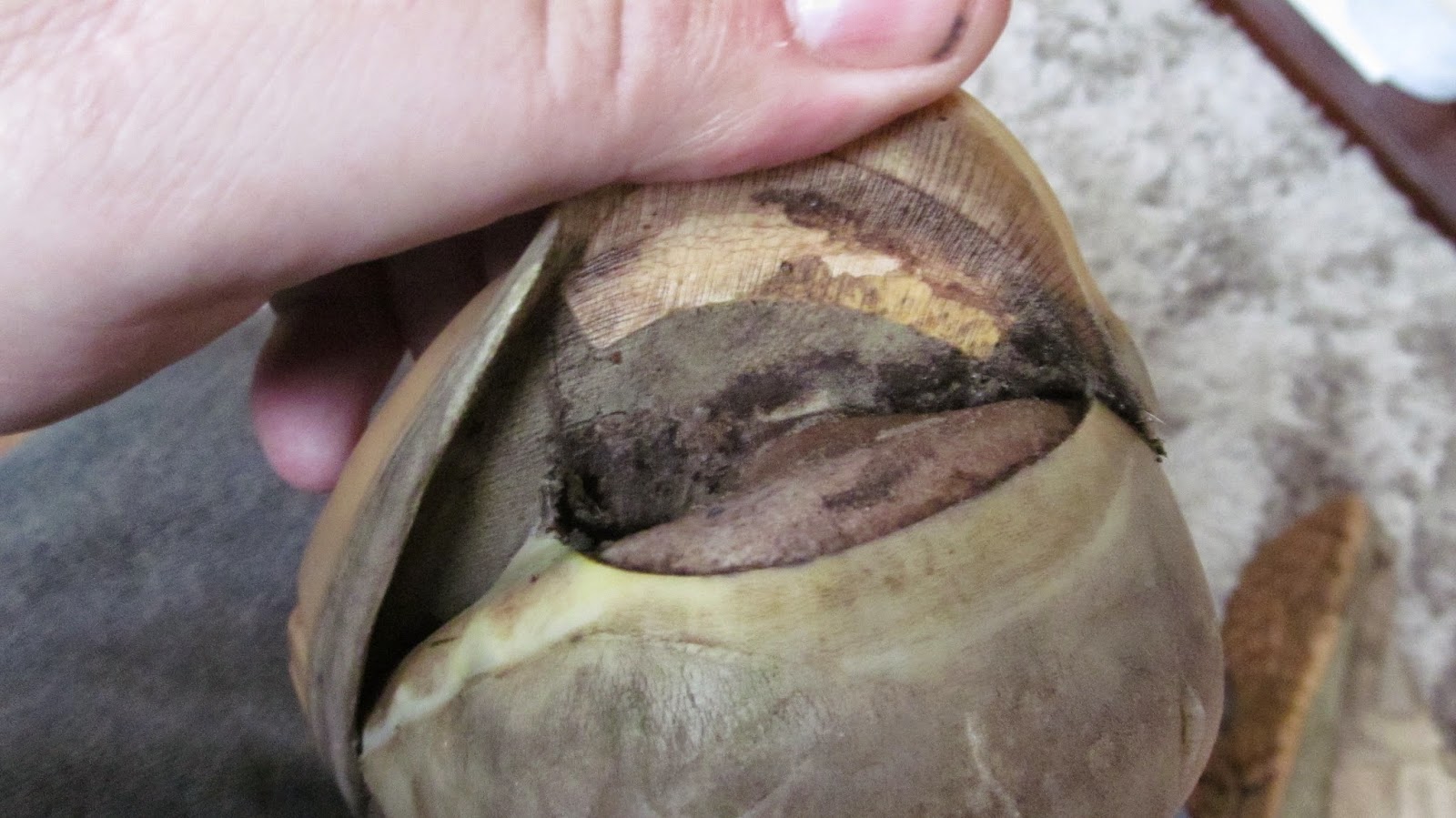 but look what happened, on both boots, the sole started coming off again.Well that's it for me and Lowa's, for the price they cost and the length of time they last they are definitely not worth it I'll never go near them again.. .lesson learned the hard way!

Although not supposedly due out until 2015 there are a few of these floating about if you can get them.. After the pictures I posted a while back I'm happy to say the knife is slightly better in the flesh than it looked on paper 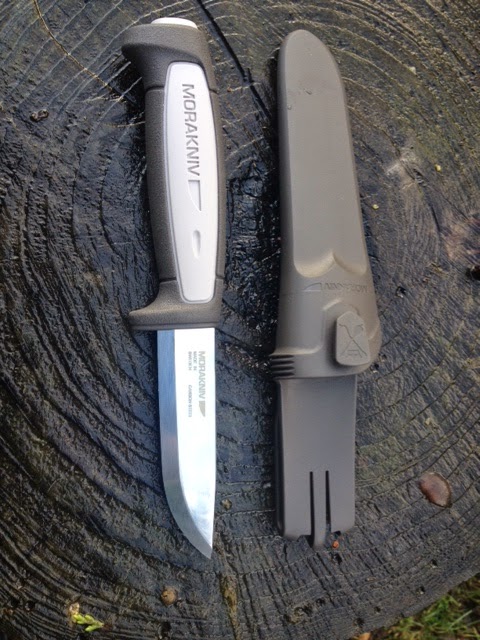 it's actually a sort of browney bronzey colour in real life, handle is comfortable though the front guard is too large for me and I think I'll have to trim it down, blade is stubby at about 95 mm but about 25mm wide 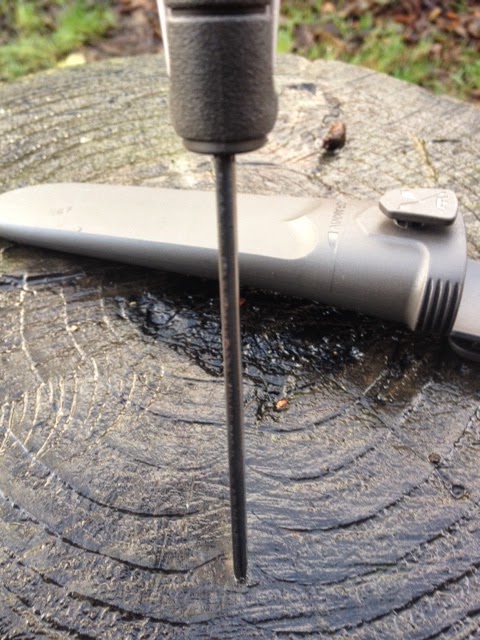 as you can see the blade is about 3.2mm thick and unfinished so will need squared off for use with a ferro rod, though that's not such a problem. 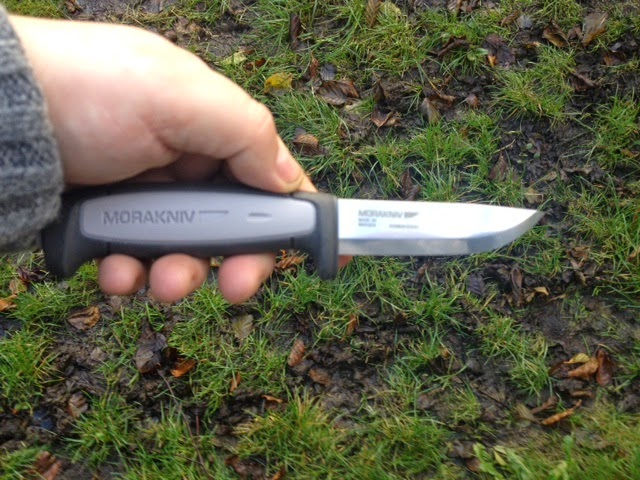 in the hand it feels nice though those of you with really big hands might find it uncomfortable (I've size 10 hands), if feels like a good quality knife and should stand up to lots of abuse 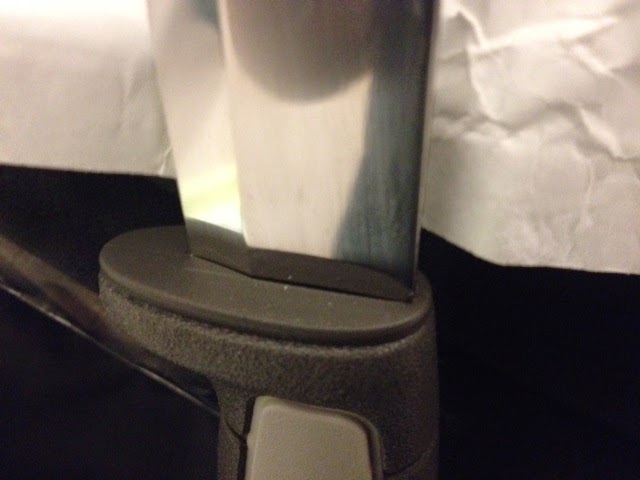 cons?,,, well it's got a damn big gap (nearly 1mm)  between the blade and the handle, this has me concerned as to just how well fixed the blade is to the handle. I'm not as worried about the bacteria build up inside the handle as I am about water ingress and this being a carbon blade the ultimate rust that will follow eventually causing the blade to fail, this serioulsy needs to be rectified if this is to be a contender as a field knife for outdoorsmen, it's a pretty big problem that Mora really needs to resolve urgently.
I'll fill mine with superglue but it's really something that shouldn't need to be done on a brand new knife.
Posted by Buzzard at 06:29 1 comment: