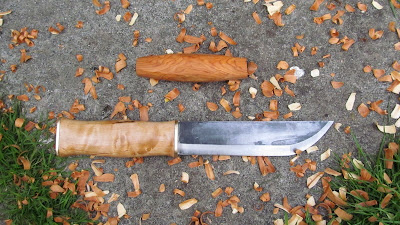 I used my leuku to whittle away the handle shape, for those who say such a large blade is incapable of delicate work all I can say it you don't know how to use one properly! It certainly is an incredibly versatile blade for being 7 inches in length and 12 inches in total. 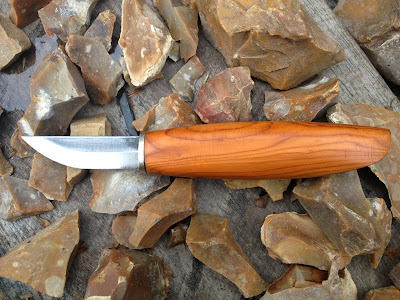 and the finished article with a 62mm lauri blade and nickle bolster, it feels very comfortable in the hand, I'm sure it will be well used.
Posted by Buzzard at 08:25 5 comments:

Due to different commitments we don't often get a night or two in the woods just to ourselves, it's such a pleasure when we do.. 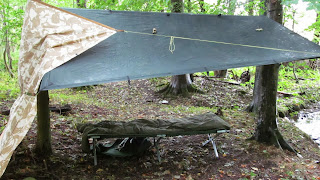 Davy's set up, he likes his luxury!! 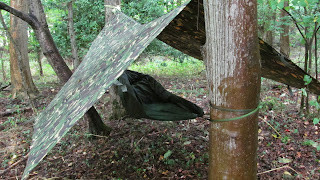 and mine..
haven't spent the night in a hammock in quite a while ,and when I did I remembered why, I really do prefer ground dwelling!! 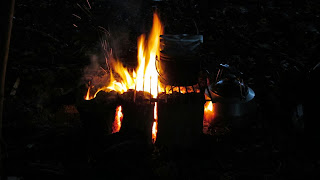 and our evening's entertainment, always something new and engaging.
Posted by Buzzard at 12:36 No comments: 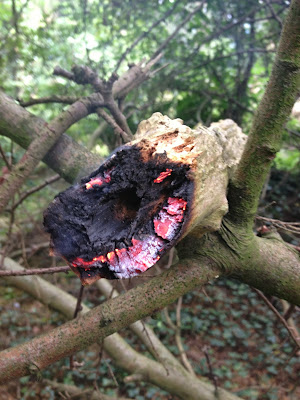 I was surprised to still see some honeysuckle in flower this week, it is quite late for them 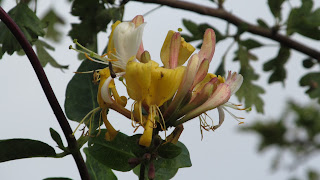 and further along the vine were these 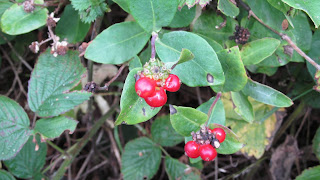 which is what I would expect to find at this time of year.
There is an old rhyme about wild berries in which one line reads " Red you could be dead"..well this is maybe not the case with honeysuckle berries as some varieties are edible and quite tasty, however the varieties most commonly found in deciduous wodlands tend to be slightly toxic, so it's best to avoid them.
The plant was often associated with the clinging embrace of lovers and used to be referred to as lovebind, now days it's changed to woodbind.
It was symbolic of a lovers embrace but also of jealousy when the embrace could strangulate..though when this happens in a hazel coppice, some very interesting sticks can be formed!
﻿
Posted by Buzzard at 06:43 No comments:

It's starting to head towards autumn and food changes to richer, meatier tastes, this is one of my absolute favourite campfire recipes 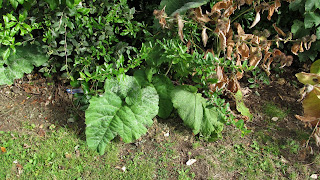 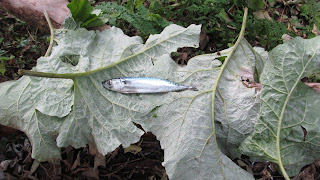 catch a mackerel, gut it and wrap it well in burdock leaves 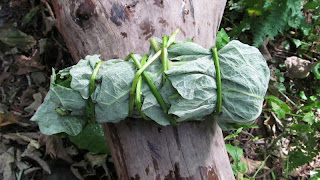 tie it up with natural cordage of some type 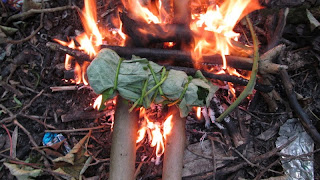 place it on the embers for about 15 mins 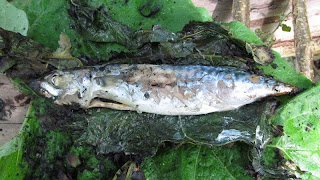 after the alloted time, unwrap your parcel and smell all that baked gorgeousness 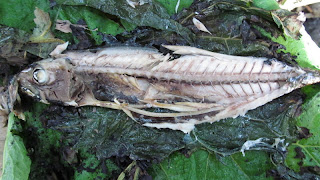 doesn't take long to get through a whole mackerel!
Posted by Buzzard at 11:38 No comments: 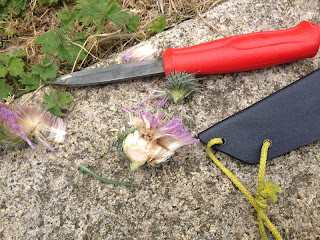 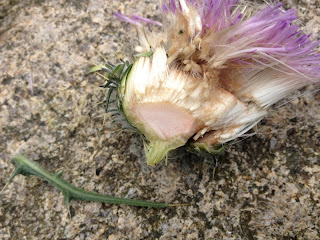 this is it, the white, triangular portion at the bottom of the flower, it's absolutely lovely and well worth collecting.
Posted by Buzzard at 04:49 4 comments:

Spruce Knots as a Fire Starter

There is a misconception that pine trees are the only trees that produce enough sap in concentrations enough to create good fire knots..there are others, spruce is a good one to know 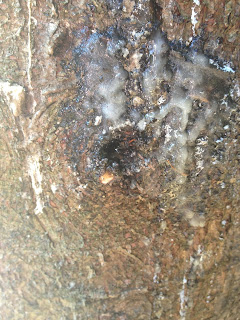 find a tree that is producing lots of sap and that has a number of broken branches with only a few inches left on the tree, these are known as Knots.
The thing to remember is that these trees do not have to be dead, live standing trees produce good resin knots too! 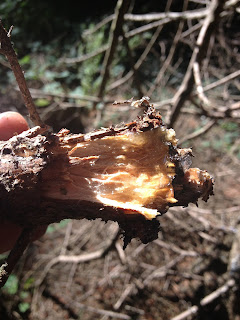 this is one we broke off and you can see the pure liquid resin on the end of the knot, a brilliant item for helping you get a fire lit 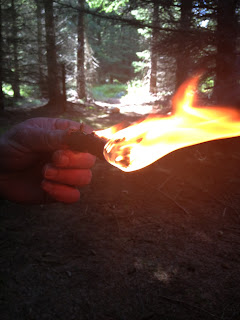 put a match to them and watch them go up, if you can't get a fire lit using these you'd better take up golf!
Posted by Buzzard at 11:45 No comments: