Very closely related to hedge woundwort from which we made the recent salve, 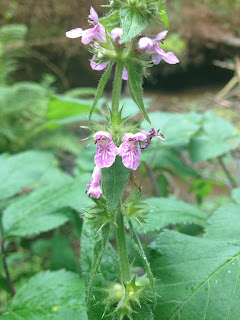 a much more delicate flower with a beautiful pink colour and gorgeous detailing.
It has antiseptic properties similar to hedge woundwort but apparently isn't just as effective as an herbal medicine. However the young shoots are edible but not particularly pleasant tasting although the roots are tuberous though small and are good roasted or made into a flour.
This is one of the best all round plants and well worth knowing!
Posted by Buzzard at 08:25 No comments:

Mike, the editor in chief of Self Reliance Illustrated has a great offer for all you Buzzard readers out there, all you have to do is click on the link to the issues below, choose which one you want FREE OF CHARGE and email Mike and let him know which one you want and he will send it to you..
This is a great offer and I hope y'all will take advantage off it!
The magazines are available at Self Reliance Illustrated Offer
and you can email Mike at info @selfrelianceillustrated.com
Please note these are digital issues and available for Kindle, ebook,PDF etc.
Posted by Buzzard at 11:16 No comments: 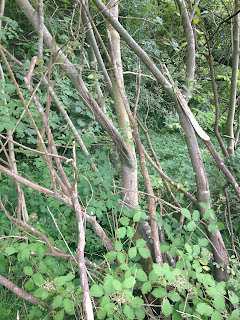 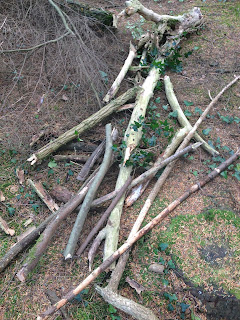 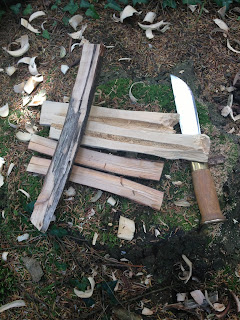 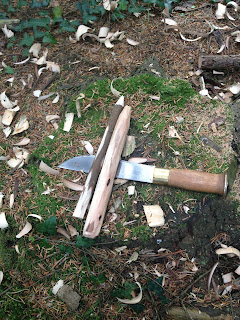 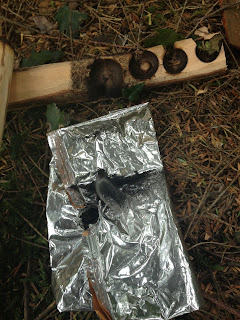 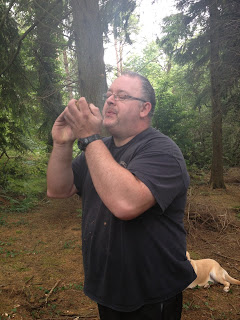 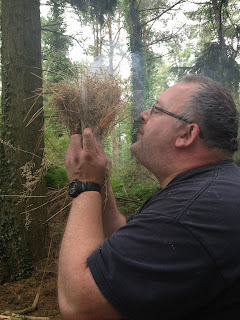 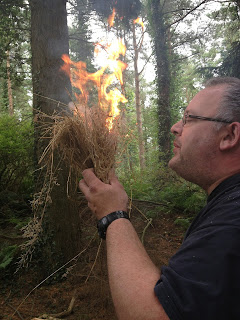 we have fire..total time was a fraction over an hour and a half..this was way better than our previous best of 4 hours!!!!
Lessons learned were... it's possible to make fire with the minimum of equipment, but a lighter or ferro rod weighs less than a knife and cordage! Time taken and calories burnt would have been much less if we had made proper preparations and brought our own tinder or sure fire.
Moral of the story, always have sure fire with you!! Just in case!
Posted by Buzzard at 05:00 4 comments:

Not one to mess with 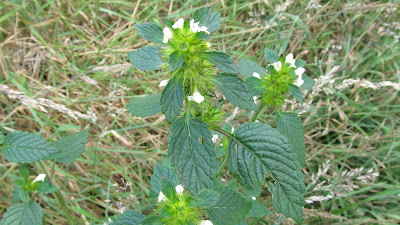 some unreliable reports say that the flowers of this are edible but others say that it's poisonous, even to the extent of causing serious paralysis!
There is fiber on the stem so it can be utilised for cordage, so it does have a use but I feel this plant is best admired and left alone!
Posted by Buzzard at 09:35 2 comments:

There are some great workshops coming up in early September, organised by Clive Lyttle of Welig crafts and taking place in Armagh, if you are free in early september and you fancy something a little different check out their website and book something special, you might meet some people you know!!
http://www.handsonworkshops.org.uk/
Posted by Buzzard at 14:49 No comments:

One is deliciously edible, the other is dangerously poisonous! 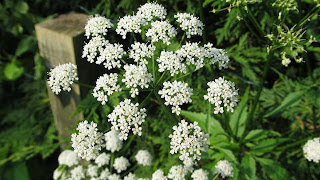 can you tell which is which? 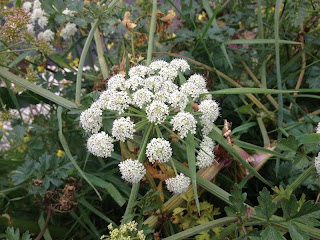 and even more to the point can you name each one?
Posted by Buzzard at 13:45 4 comments: 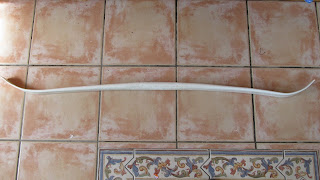 after watching numerous videos on PVC bows I thought I'd have a go at making one, all was going well, the recurve was taking shape but now looking at the picture again I can see the potential problem... 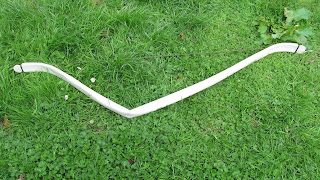 I strung the bow and it looked slightly off , but not that much so I drew it a few times and felt it buckle, obviously it wasn't symetrical, still it's taught me a few lessons and the next one will be better!!!

There is something we carry in our packs that has an absolute multitude of uses and is very simple to make, it has so many uses we have called it Maxiwax! 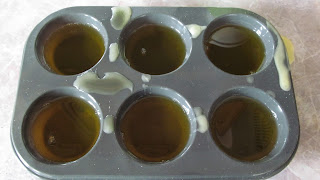 all the ingredients are completely natural and non polluting 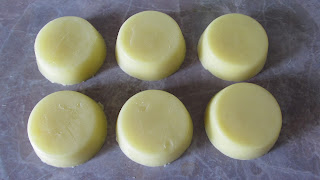 it's so useful it can be used for waterproofing leather, helping get your fire started, for skin complaints, for cooking, for oil lamps, for protecting your carbon steel knife, waxing your axe handle and even sealing the seams on your tarp! we wouldn't be without it! 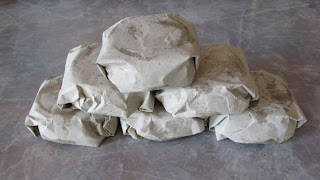 we wrap it in brown paper which eventually becomes waterproof due to the contents and protects the maxiwax inside and the paper then becomes a great fire starter!!
﻿
﻿
as for the ingredients, they are........ secret!!!
Posted by Buzzard at 13:06 2 comments: