A few years back Davy and I made a canoe out of willow branches and a tarp, it floated a little lopsided so we made an outrigger for it from plastic bottles covered in a piece of tarp.. the Canoe turned out really well and floated very merrily on the sea.. shows what can be done with basic tools and it's a different take on the usual tarp coracle that you often see made. 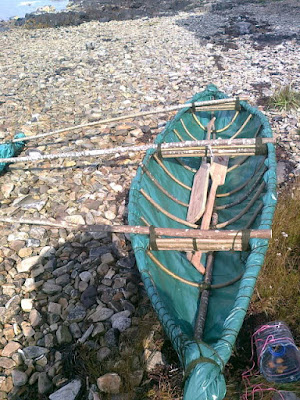 Salmagundi is an old word dating back to at least the 17th century maybe even more, it has been postulated that it was a salad dish of English origin but this seems unlikely due to the etymology of the name, most likely being of French or Italian origin. 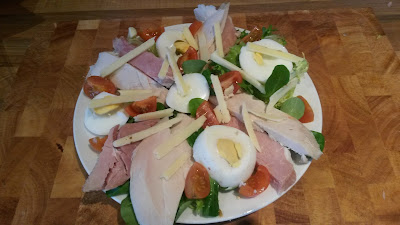 it was originally a dish of mixed food, mainly salted pork, poultry, sea food, cheese, vegetables, fruit, eggs, beetroot and mushrooms and sprinkled with olive oil and vinegar (though recipes are vast and varied) all arranged in geometric shapes around the plate, the idea being that every mouthful was a delicious assault on the taste buds and every mouthful was different.
overtime it changed dramatically, particularly among pirate crews of the early 18th century when the ships cook simply got a huge pot and filled it with whatever was available, and it often varied daily, even containing things like sea birds, dolphins and turtles..
Thus it leads us on to the bushcraft version, at meets its often the case that each person brings one item of food along and it's all mixed in a huge communal pot over the fire, cooked well then dished out, you never know what it's going to taste like but it rarely lets you down and is always welcome on our cold northern nights.. give it a try some time..

Mora will be releasing a new full tang knife on Tuesday 19th January at the shot show in Las Vegas .. let's see if it sets the world alight !

However the price will determine whether this is a success or failure.. Remember how excited we all were last year with the release of the pathfinder but the reality turned sour when we all saw the price..that one was no success story,I hope for better things this time around.

Edit 3.16 GMT 19.1.2016. The knife has officially been released you can see it on Dave canterburys YouTube channel .. its not bad looking, but it's in stainless steel which will disappoint a lot of people and for me there is a lack of a decent point needed for delicate work when wood working... I'll probably get one but I can't see it replacing my red mora 510's. Not exactly what I'd hoped for, mora you need to contact us at Buzzard for feedback on new knives like this! Lol
It's already being nicknamed the 'Garbage'.. oh Mora what have you done ?
Your designers testers and marketing people have all failed badly .. I'm left so disappointed about this.
Posted by Buzzard at 14:47 No comments:

A hearty congratulations to the NIBC who just recently had its 100th member join up .. A very happy and fulfilling new year to everyone in the club.

Vinegar of the Four Thieves

This is an old and mysterious recipe said to have been developed by 4 thieves in France during the time of the Black death enabling them to steal from the victims of the plague without catching it themselves.
Recipes have changed over the years and no one knows for sure the original one, but what the vinegar does do is act as a insect repellent a disinfectant and an antiseptic, It's a very handy mixture to have around.

My recipe is as follows 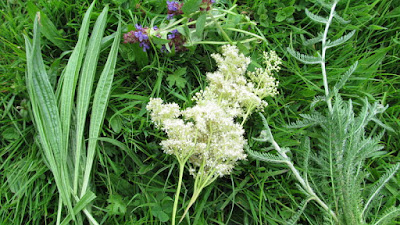 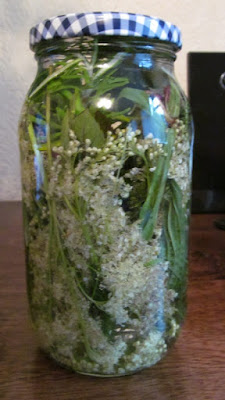 mix all the ingredients in a large jar of white wine vinegar and leave for 3 months, then strain and use... it's a very effective solution for cleaning, healing and disinfecting.