We went out to a new spot today just for a look see as we tend to get very fed up looking at the same trees all the time, as the old addage says a change is as good as a rest and we at Buzzard certainly find that to be true. 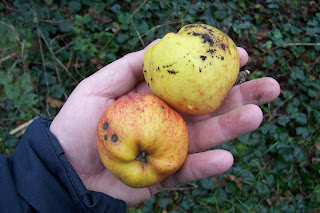 ﻿There's a path on the way into this place and it has a great wee apple tree on it, still had lots of apples left and we knocked a few down as we intended to roast them in the fire with a little sugar and cinammon for a lunchtime treat, however as we were picking we found out we were being watched... 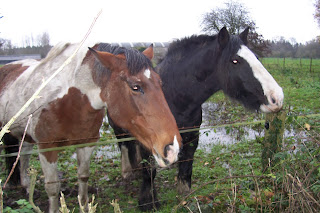 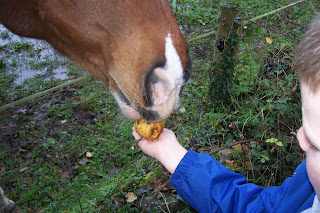 ﻿so we did the honourable thing and fed our apples to the horses, I think they wanted them much more than we did! 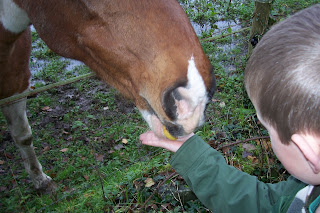 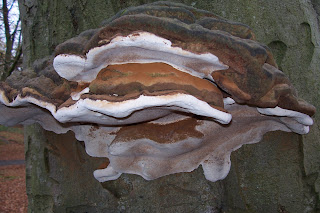 Further on we found an old beech that had some fantastic artists fungus on it, and some of them were huge! 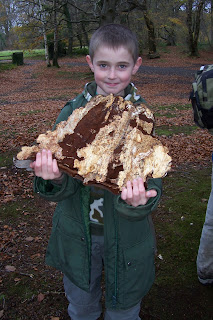 We only took the one specimen but it weighed 9 pounds!!!! 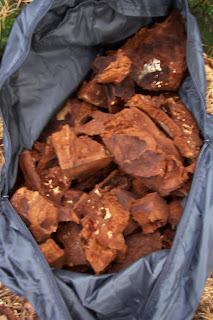 And it ended up producing over 6 pounds of amadou!!! I don't think we'll have to worry about fire lighting for a while!!!!!
﻿
Posted by Buzzard at 03:16