It's been great weather today and we thought we'd take the kids to the shore for a competition to see who could find the weirdest critter. We've noticed a few things over the past few trips but today was a day to kick back and just have fun and behave like big kids, as a matter of fact there was more competition between us than the kids!! 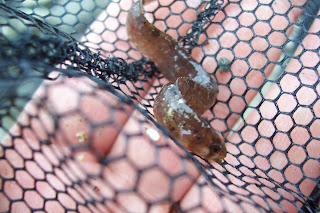 First find was a butterfish, very common but a great little find. 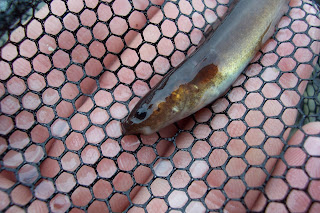 Davy found a rockling, less common, so one up for him. 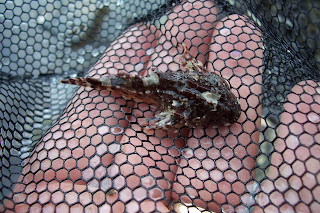 ﻿Stephen then found a short spined sea scorpion, so he was in the lead! 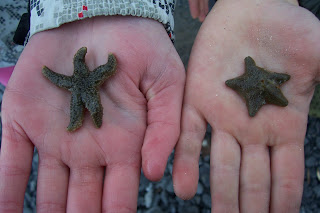 ﻿How is it the kids always find starfish?, the common starfish on the left and the cushion star on the right. 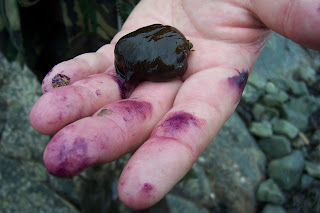 I then found a sea hare, there were quite a few about and I even managed to get one to squirt it's ink out. Now some people refer to the dye from Sea hares as TYRIAN Purple, the same stuff that's been used for centuries as a natural dye, but true tyrian purple (aka royal or imperial purple) comes from the Murex found in the Mediterranean.﻿ I do believe sea hare ink can be used as an ink but not to the best of my knowledge as a dye. 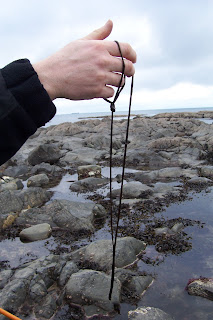 Then Stephen and I spotted at the same time what I personally think was the winner, a boot lace worm, the longest animal on earth!﻿ (Lineus longissimus) is in the phylum Nemertea and is considered by some to be the longest animal on the planet with specimens approaching 200 feet!!! Ours was a small one at about 7 feet, still I think this beauty takes the crown.
Magnificent day out, lots of fun and some incredibly interesting finds to boot, you just don't find things as good as these in a wood!!