I once heard uncle Ray saying that in nature the white flowers show first, then the yellow, then the blue, so out for a dander today to see how true this is. 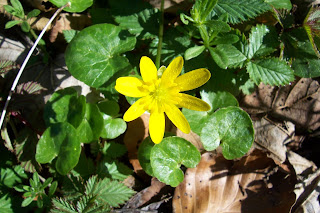 Celandine is in flower, so that's the yellow, but there are blue flowers out at the same time! 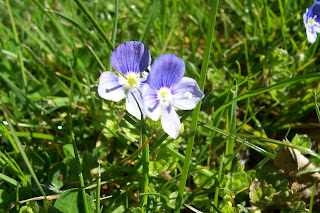 ﻿Speedwell is out too,
But there is no sign yet of the white flowers of Wild Garlic.
So unless uncle Ray was talking about snowdrops then I guess he's not quite right, especially as the yellow and blue are out together..still it's nice to see even the masters can make a mistake! 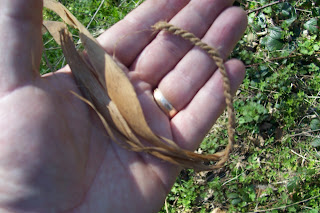 On the way back I found a small piece of lime bark, so I tried some cordage, this was straight off a branch that had fallen, no prep whatsoever and it twisted up very well although rather wirey compared to when it has been properly prepared. 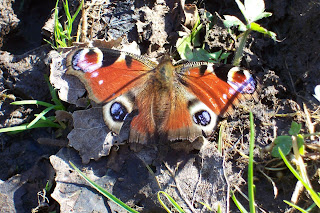 Inachis io
The first one this year that has sat long enough for me to get a pic!
Posted by Buzzard at 11:16