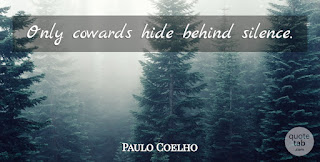 The quality of knowing and doing what is morally right.
"There is no honour among thieves" we are told and it's a revealing maxim, as you can always discern how much honour a man has by an examination of his life. Does he cheat, steal, lie, claim money or valour illegally, backstab, treat others with disdain, break promises, is untrustworthy, has an over inflated ego, has no integrity or compassion, no courage to speak up, does he hide away when times get tough, does he get together with those of a like mind to plot revenge and whisper disparaging words simply to make himself feel better, does he belittle others?. Any of these traits would lead me to believe he has no Honour, it's a wonder the weight of his guilt does not crush him.
Though all the bushido virtues are quintessential to a moral existence this is the one most easily ignored, such a waste that men who were once sincere should fall so low.
Nature has honour, she has to have to exist in the way she does. She is as you see her, no hidden lies or whispered words just open and challenging for all to see, you either love her or hate her but her honour is obvious, we could learn a lot from her, she seeks no glory or ego from others and just does what is right, just is herself. That is honour.

For those who try to keep their honour intact, hold your head high, you'll make yourself a target for knaves and fools, you will be mocked and ridiculed by the many but that will only prove you are on the right path and you should carry no burden of guilt, I salute you for standing tall in a world of weak willed men.

Honour is simply the morality of superior men (H.L. Menckcen)

To sin by silence... makes cowards of men.
(Abraham Lincoln.)

To lose your words is to lose your honour, for there is shame in silence.
(Attributed to Diogenes)

Cowards die many times before their death but the valiant die only once. (Shakespeare)

There comes a time when silence is betrayal
(Martin Luther King)