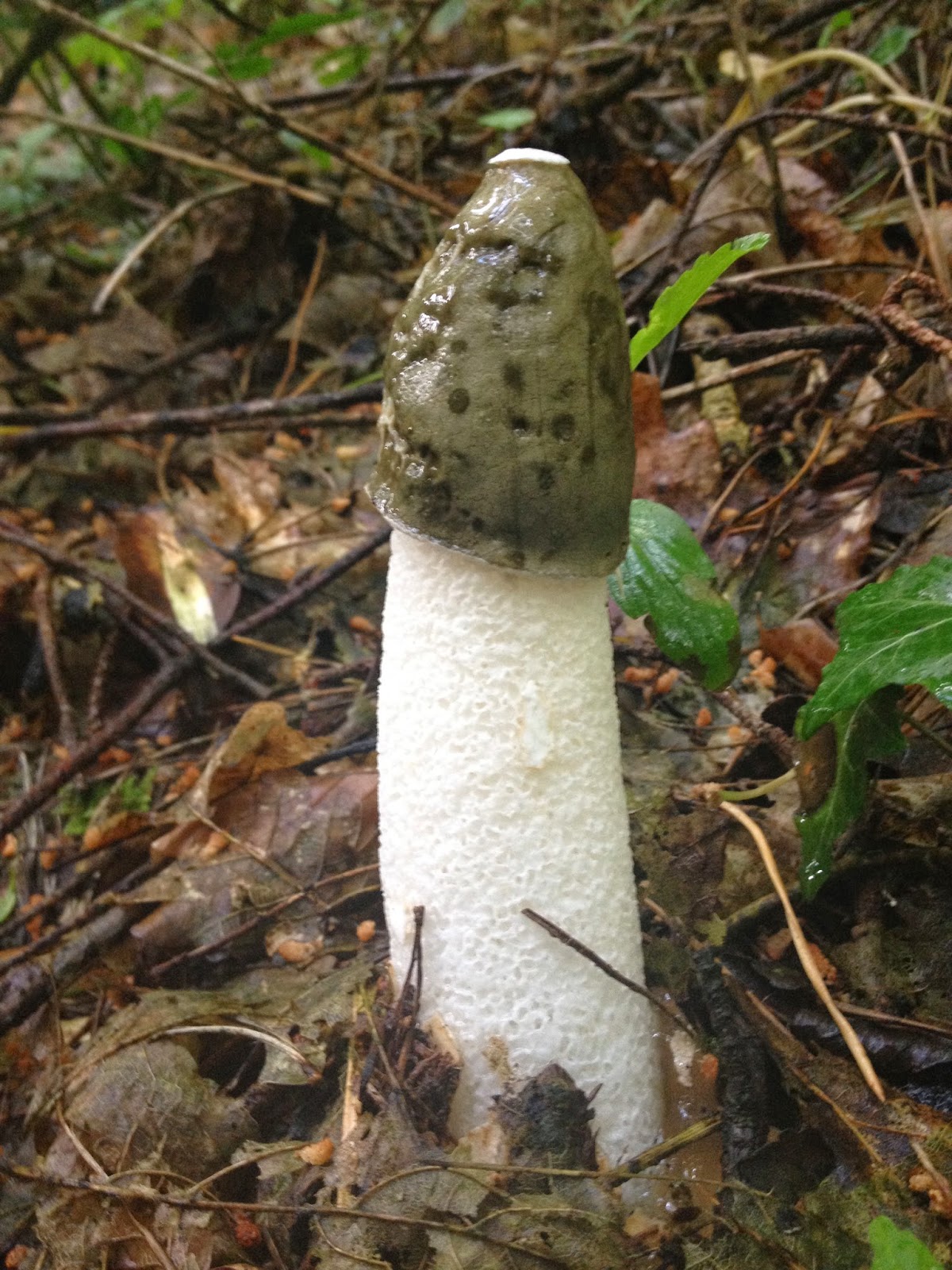 Quite an unusual looking fungus isn't it?? I'm sure you can imagine some of it's more common names without me having to write them here!
It's latin name is Phallus..enough said!

It is edible and considered a delicacy in certain countries. It's also one of the fastest growing mushrooms in the world, growing from it's egg stage to it's full size in about 6 hours!! It's supposed to be highly unpleasant and able to be smelt over long distances, but this one didn't smell much of anything.. though when I first noticed it, it was covered in flies so they obviously liked something about it!