Something very special in the snow

Davy and I went out for a scout around our new permission today just to get an idea of what it's like and plan a place for camps in the future, while we were there we noticed lots of fresh tracks in the snow, the usual, fox, mice, squirrel and rabbit but then a track that had us fooled for a bit..
A number of slides in the snow.. 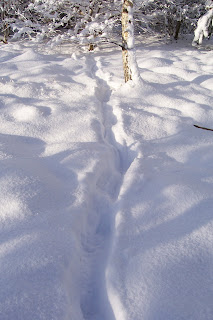 Then some distinctive tail drags.. 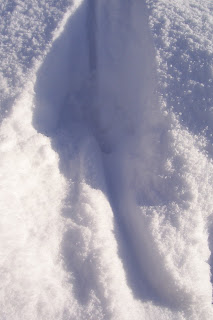 Then some unusual prints. 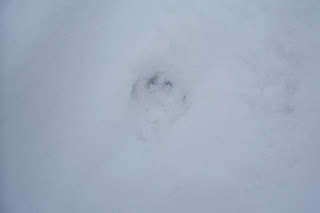 Then the thing that gave it all away..... 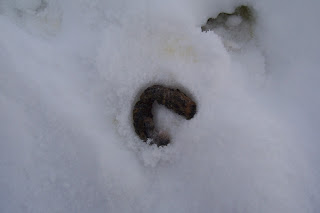 It smelt of fish oil with a slightly aromatic aroma, unusual but by no means unpleasant, also contained a few fine bones and scales... we had discovered an Otter on our permission!!!, so plans are already underway to maybe get some pics of it in the summer or autumn next year if we are lucky enough..We are so chuffed to have such diversity on this site..We followed the tracks for a bit and found where that elusive character had went back to it's watery domain.. 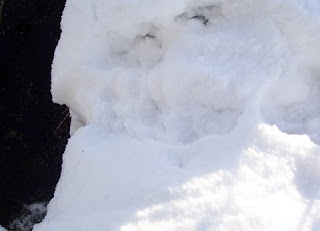