A really nice little plant and quite an unusual one in that it is supposedly absent from all of Britain and only found in Ireland, Portugal and Spain! It's a member of the lusitanian flora which number only about 15 species and is a puzzle in that no one knows why it's growth seems to be restricted to only these places..
Also only supposedly found in the western parts of Ireland, this one is a bit special as I've found it in the east of the country though it was on very acid soils as it's suggested it should be.
That is if it's St Patricks Cabbage in the pictures !!! Though I think it's more likely to be London pride which is actually a hybrid between St Patricks cabbage and another saxifraga. 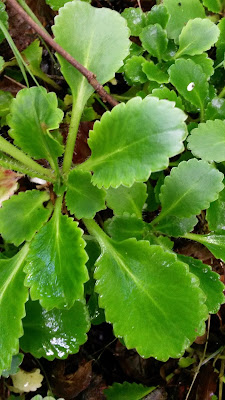 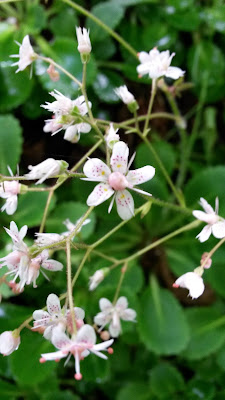