Traditionally the time to pick wild bilberries is on Fraughan sunday, the last sunday in July (today) it comes from the Irish "fraochán" the anglicised version of which is fraughan which bilberries are known as in Ireland. So early up before the other gatherers to find enough for a pancake or two.. 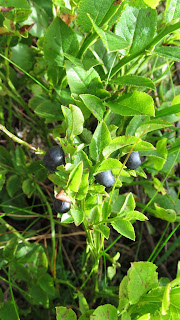 It's been a good year for them, so it didn't take long to gather enough for a few pancakes 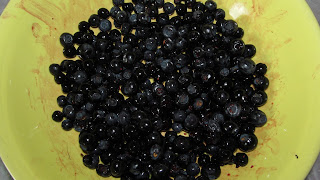 15 mins and plenty for a lunch 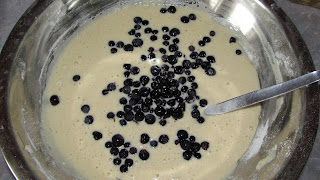 whip up a simple pancake batter and add half the berries, use the other half to make a coulis for the pancakes 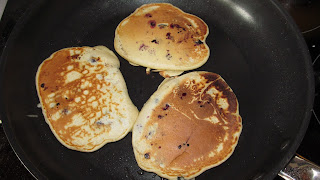 looking good, nice and brown and ready for a short stack 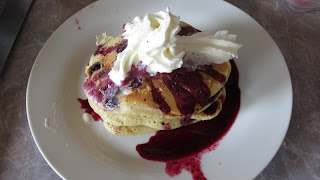 stack on a plate, drizzle with bilberry coulis, add a little cream and tuck in, food fit for a king!
Posted by Buzzard at 07:32