We went out for the day to have a simple time trying out a few things that we have been meaning to try..so firstly the woodsmans friend was fire which we lit with amadou and ferns 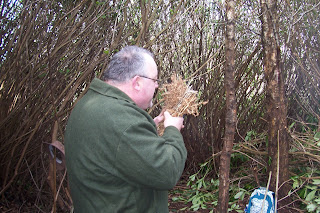 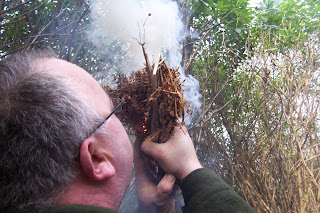 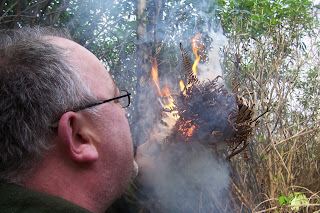 and our good friend prometheus smiles upon us﻿! 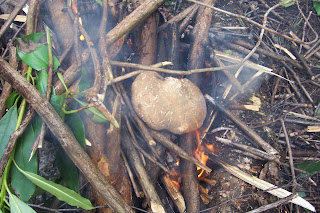 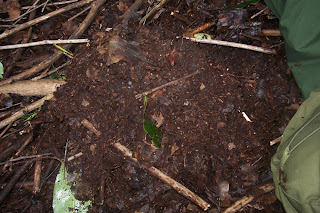 ﻿It was smouldering so well I had to put it in my tin cup and bury it to starve it of oxygen, so I had high hopes that this would work 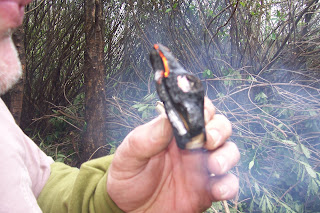 However no matter how many sparks we dropped on it from flint and steel and as a last resort even from the ferro rod it would not catch, we put it back to flame in the fire and it caught right away
so we simply left it to see how long it would smoulder for 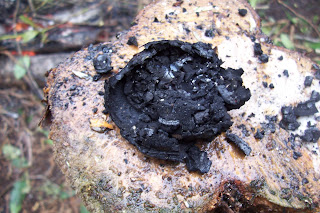 ﻿This little fungus smouldered for just over an hour and very hotly too I might add, I broke a little piece off and blew cleavers to flame with it, so it's got potential especially as an extender or as a method to carry fire but as for it catching a spark I think we need more experimentation with this and other bracket fungi.
Posted by Buzzard at 10:08