I'll be the first to admit that I don't spend enough time studying my fungi and it's at times like this that I regret that as it leaves me torn between possible identifications. 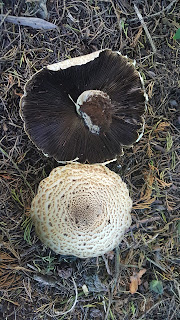 I found this one tonite, on a woodland verge underneath a huge cedar tree, it was last it's best and a little maggoty, it didn't smell bad at all just very mushroomy, if I had have smelt anise I would have said horse mushroom but I didn't pick that smell up. Due to the scales on the cap and the fact it was under a conifer then I'm swaying towards a prince.. but I'm happy to be corrected if anyone can do so..by the way 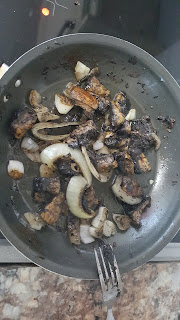